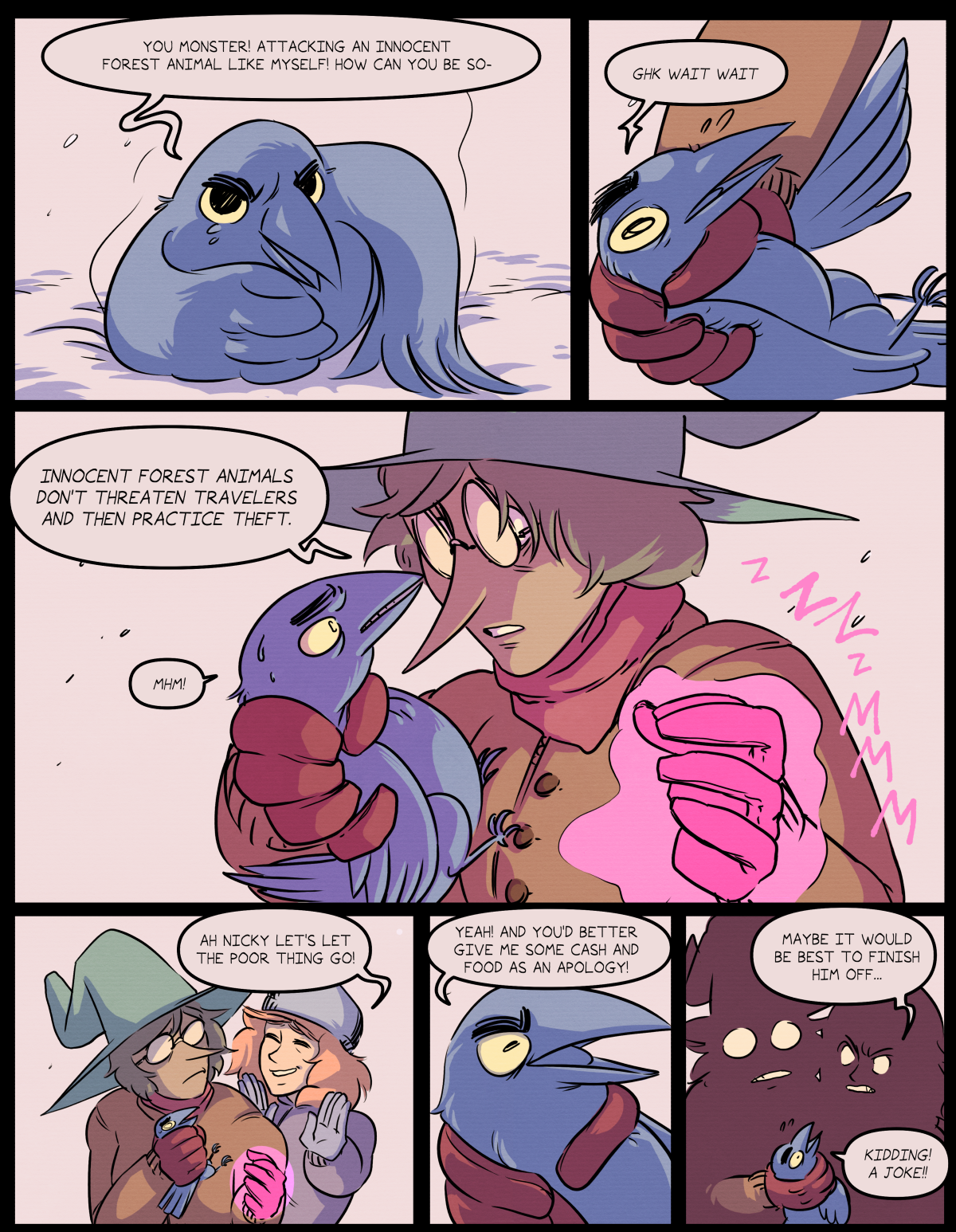 Animals of the uncommon variety.

Talking animals, magical animals, strange hybrids, and monstrous animals are all uncommon, but they do show up enough to be unsurprising.

Magica seeps into everything, to some extent, and animals are no exception. Although humanity does not recognize them as "equals" exactly, it is important to grant them some respect. After all, a talking pink bunny may just be capable of casting a fireball the size of a house!

The distinction between an animal that you can respect and leave alone, and a monster, is that monsters are simply unreasonable. They will attack you without provocation and must be put down as quickly as possible. It is of course the case that a talking animal that threatens you in some way can easily be put into the "monster" category, even if it was possible to talk with them.

In the end, it must be noted that talking animals do have tastier flesh than the non-magical variety. If you find yourself in a situation with a talking animal that must be put down, please make sure to deliver the carcass to a butcher.

Also, be extra sure that the talking animal is not, in fact, of the angelic variety. That would be embarrassing!

-The Adventurers Guide to the Continent