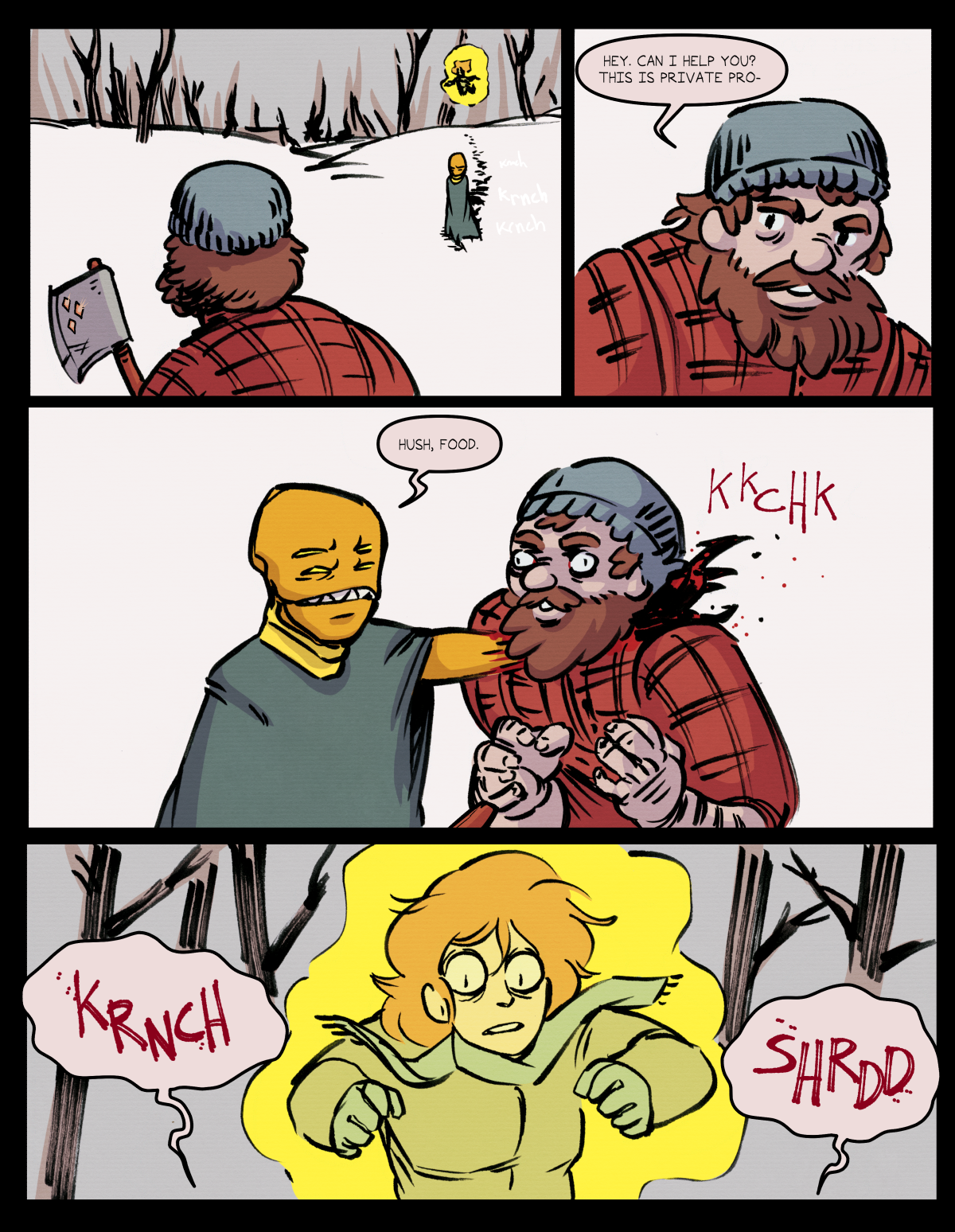 What is a "human"? Rather, what separates us from Monsters, and even from Demons? In my travels I have met humans with more than four limbs, humans of incredible size, humans that at first shocked me with the power and abilities they wielded. I have also come across monsters that appeared at first as people, although in truth I believe they were about as intelligent as a clever beast. The conversation would be easy to resolve if it wasn't for Demons. Rare as they may be, the Demon can be incredibly "human", both in appearance, intellect, and actions. If you cut them they do bleed, and they will complain about being cut.

What separates humans from both Demons and Monsters is, in the end, the Mind. Monsters simply do not have the human mind. They cannot learn to read, to write, to philosophize, to engage in discourse.

Demons in many ways are on the opposite side of the scale. Their mind is far more decentralized than most could ever realize. A torso of a demon separated from the head, if it has a mouth, can discuss philosophy with you. A demon hand by itself, if given a pen, can write charmingly. The body parts of the demon give control over to the mind, but they do so *because they wish to*.

Admittedly, if you cut up a demon, each individual part may not have the energy to do more than lay there. The life force becomes so diffused it is as if they are all comatose. But make no mistake, they are not as human body parts, and given a chance, will revive.

In conclusion, to determine if a being is a monster, human, or demon, attempt to carry on a conversation. If they are able to, separate the body from the head, and then attempt the conversation further. If the head replies, it is undoubtedly a demon.

-heretical writings of Inquisitor Voronum, of the cult of the Fallen Brother