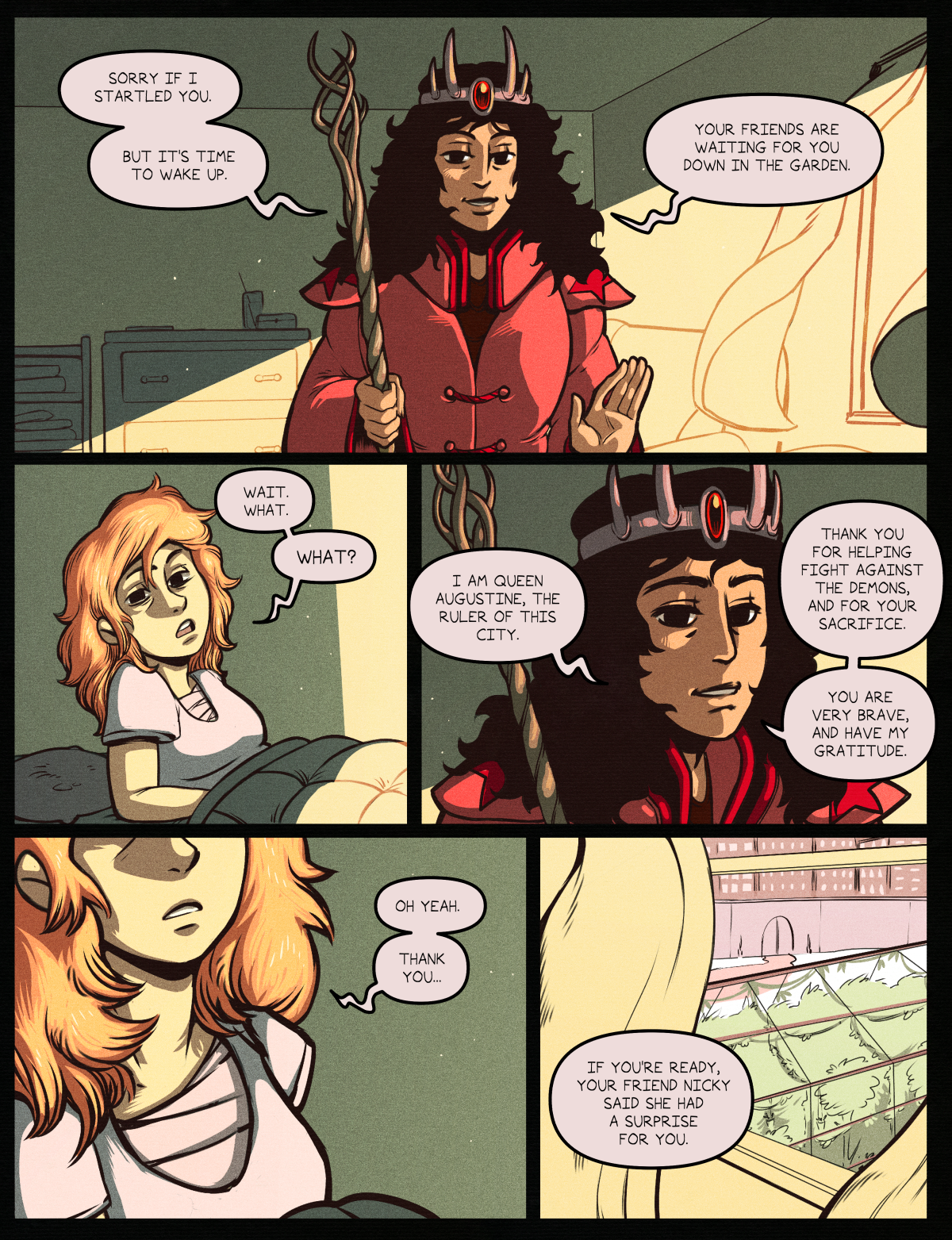 I've been living by myself for a while now. It's fine. I'm stronger than any dumb monsters or demons. I get to stay up late every night, and eat whatever I want! I sometimes blow up monsters with the airship, or go down and fight them. That's pretty cool.

I steal stuff from people sometimes, when I want to. I'm probably the strongest bandit ever. I can sing as loud as I want!

I guess I could go to a town or something, but then they'd probably take my artifacts and airship from me.

And then I wouldn't get to keep fighting monsters and demons, so bleh.

-The Journal (and sketchbook) of Monster Slayer Nina